LGBTQ+ communities experience health disparities, including limited access to health care, increased risk for certain disease types, and an inherent bias in the health system. As frontline caregivers, oncology care providers are central to successful patient outcomes and are in an important position to advocate for, support and guide LGBTQ+ patients through their cancer journey. Nurses can make a difference in LGBTQ+ individuals' lives by making cancer care a safer and more welcoming place for LGBTQ+ cancer survivors and their families/support systems. This can be accomplished by obtaining training on providing LGBTQ+ quality care in a welcoming and non-judgmental way, ultimately improving health equity.

During this training we reviewed what is known about LGBTQ+ cancer health disparities and cancer screening guidelines for LGBTQ+ communities. We also shared results from Out: The National Cancer Survey including data and stories from LGBTQ cancer survivors as well as best practices and practitioner-level interventions to improve cancer care to LGBTQ+ communities. This webinar was supported by AARP of Lehigh Valley, PA.

*The National Nurse-Led Care Consortium and the University of Pittsburgh School of Nursing collaborated to provide nursing continuing professional development (NCPD) contact hours for the educational activity entitled: LGBTQ+ Cancer Care – Welcoming Strategies. Nurses who completed this educational activity and completing the evaluation may receive a maximum of 1.5 contact hours of NCPD. The University of Pittsburgh School of Nursing is accredited as a provider of nursing continuing professional development by the American Nurses Credentialing Center’s Commission on Accreditation.

Scout is the Executive Director of the National LGBT Cancer Network and the principal investigator of both the CDC-funded LGBTQ tobacco-related cancer disparity network and Out: The National Cancer Survey. He spends much of his time providing technical assistance for tobacco and cancer focusing agencies expanding their reach and engagement with LGBTQ+ populations. Scout has a long history in health policy analysis and a particular interest in expanding LGBTQ+ surveillance and research. He has faculty appointments at both Brown University and Boston Universities’ Schools of Public Health. He is a member of the NIH Council of Councils, the Co-Chair of the NIH Sexual and Gender Minority Research Office Work Group, on the Advisory Panel for NIH’s All of Us initiative, and a U.S. Pharmacopeial Convention delegate. His work has won him recognition from the U.S. House of Representatives, two state governments, and many city governments. Scout is an openly transgender father of three, a vegetarian, an avid hiker and runner. 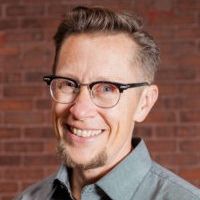 Harold is a Project Specialist for the National LGBT Cancer Network. Based in New York City, he reviews and updates the online directory of provider resources. Harold, a graduate of the University of Colorado at Boulder is a two-time Emmy Award-winning television producer who has produced programming for VH1, MTV, PBS and CBS News. Much of his documentary work has spotlighted issues of urban youth including gun violence, foster care and legal rights. Harold is dedicated to storytelling that celebrates the complexities of people of color and the LGBTQ+ community. He’s currently writing a feature screenplay about a transgender man’s love story. 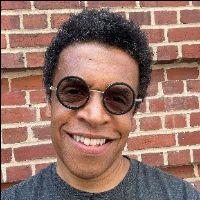 Knoll Larkin joined the team in October 2021 as the Networking2Save Project Manager at the National LGBT Cancer Network. For the past 18 years, Knoll has worked as a project director, manager, and research associate on research studies and community-based initiatives focused on cancer health disparities, cancer survivorship, cancer prevention and screening, and trans and queer health. Most recently, Knoll served as the Director of the Office of Cancer Health Equity and Community Engagement at Karmanos Cancer Institute, an NCI-designated Comprehensive Cancer Center based in Detroit, Michigan. Knoll is passionate about community and stakeholder engagement to reduce the cancer health burden in LGBTQ+ communities. Knoll also teaches LGBT health as a part-time faculty member at Wayne State University School of Public Health in Detroit. Knoll obtained a Bachelor’s Degree in Sociology from Oakland University and a Master's of Public Health from the University of Michigan. Knoll is transgender, queer, and a seahorse dad to three young children. 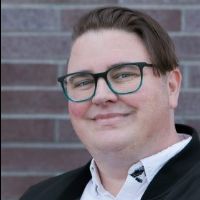 Clarke began as an intern and is now a Project Associate at the National LGBT Cancer Network. She is based in Providence, Rhode Island, and received her Bachelor’s degree in Psychology with a minor in Forensic Studies from Loyola University Maryland while playing Division 1 volleyball. She also works as a Teaching Artist at ¡City Arts! during the summer. In her spare time, she sells her art on Etsy and pursues screenwriting as well as modeling. She is a Black American and identifies as bisexual. 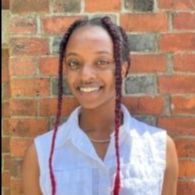